The Power of TV 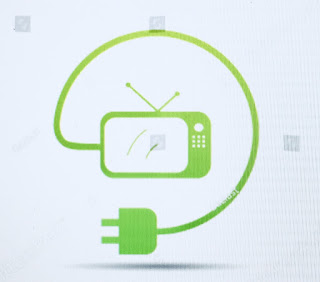 I’ve been pitching interviews around the TV BAFTAs recently and came across their promotional hashtag ‘The Power of TV’. In one activation, famous TV faces appeared in a video celebrating the power of TV and the emotions TV moments can evoke.

In my business, I’ve been talking about the power of TV and its ability to engage and influence audiences for over 20 years. I know I’m a news-junkie but even I get emotional watching the BBC’s News Channel countdown or ITV’s new promotional video.

If you still don’t believe the hype, look what happened when quick-thinking Starbucks jumped on the Game Of Thrones misplaced coffee cup scene. $2.3b worth of free advertising, experts reckon – and it wasn’t even a Starbucks cup!

BAFTA has also this week called for more TV plot lines to tackle climate change in the hope TV audiences will be informed and influenced in the same way they regularly are when mental health is dealt with in popular TV soaps.

Indeed, research by the charity Mind shows one in four people who saw a mental health storyline in a soap, contacted a friend, colleague or loved one. In addition, 16% sought professional help themselves.

Can climate change plot lines do the business? Well, a lot more needs to be done. According to the BAFTA / Deloitte ‘Subtitles to Save the World’ report on most popular phrases in ‘non-news’ programming, cats and cake - thanks Bake Off - had more mentions than climate change.

It’s a complicated and controversial issue with opinions on both sides. Not easy to ‘discuss’ in simple terms for a wide TV audience or build into a developing story line.

But I really liked this take on what would happen if we did act on the science, written and directed by Fanny Armstrong (The Age of Stupid) entitled ‘What If’ and featuring several household names.

In any case, the power of TV and the visual message is explicit: TV is still the most-trusted medium and despite the rise of fake news, getting your message in front of the right TV audiences will have positive effects.

#makeyourmarkinthemedia and let me know if your campaign or story needs the power of TV. Please contact Mark Jones, +44 7967 353 727
Email Post