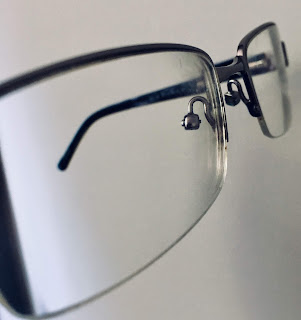 Whilst working on broadcast media relations for the Virgin TV BAFTAs recently, it struck me how much of the excellent drama, comedy, reality TV and documentaries I hadn’t seen.

I have been wary for some time of conflating my viewing habits with those of the public - and rightly so, for once you are dragged away from the linear TV scheduling environment it’s easy to stay away.

The scale of pre-TX viewing (or watching a whole series online before it airs on TV), the popularity of BBC3 comedy on iPlayer and the subscription growth of Amazon and Netflix have created new viewing trends - highlighted in May’s Barb Viewing Report.

The rise of pre-TX viewing: almost two-thirds of the audience for Sky Atlantic’s The Tunnel: Vengeance watched the final episode before it aired, and only a fraction of its total 800,000 audience watched it live.

The BBC has also been experimenting with making an entire series available on iPlayer ahead of its linear TX, examples being Top of the Lake: China Girl and Requiem (which I did start to watch but never finished!)

iPlayer looking good: almost half of the shows to feature in Barb’s top 50 are BBC3 commissions which became a digital-only channel in 2016. Drama, comedy and children’s content - certainly the case in our household - are leading the way.

Amazon vs Netflix: Barb data revealed that 10 million households pay for at least one SVoD (Subscription Video on Demand service) and Amazon jumped from 3 million to 4.3 million homes in the study’s 12 month period, accounting for 42% of total subscriptions.

This exceeded Netflix’s growth of 25%, although it did add more homes and The Crown streaming service grew by 2 million to reach 8.2 million homes.

SVoD services are now active in 36% of UK homes and according to Barb they are most popular among 16-24 year-olds with 63% paying for a subscription.

Finally a mention for Love Island which won a TV BAFTA this week and was highlighted in the Barb report as a successful non-linear case study. The show has high device-based online viewing and in the BAFTA-winning latest series, live and on-demand viewing via devices added an average of 700k viewers per episode.

This means that 22% of all viewing to each episode was through a non-TV device and ITV are able to combine Barb figures with their own ITV Hub data to better serve their viewers.

If you would like to know more about tailoring your story to the fast-moving broadcast media as well as video content production and distribution, please call Mark Jones on +44 7967 353 727
Email Post