#WorldRadioDay - the role of radio in the broadcast PR mix 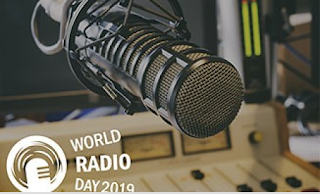 But I couldn’t pass up the opportunity to blow radio’s trumpet in the broadcast PR mix - still going strong as my recent efforts promoting Heinz Salad Cream and Mushy Peas on regional radio have proven. (Ask me for details!)

88% of the population still listen to the radio at some point each week.

Radio 1 says the number of under 25s listening is up 20% since the previous quarter.

Radio 2 continues to be the biggest station in the UK, though audiences are down 3.9% year on year to 14.8m.

LBC is celebrating its highest ever reach in its 46-year history, with 2.2m weekly listeners – adding almost 200,000 over the year.

Some stations up, some down around the Global, Bauer and Heart networks.

As the UN say on World Radio Day, "Radio is the mass medium reaching the widest audience in the world. It is also recognized as a powerful communication tool and a low cost medium. [It] is still the most dynamic, reactive and engaging medium there is, adapting to 21st century changes and offering new ways to interact and participate."

And with my broadcast PR hat on, radio indeed, plays an important role in reaching a wide and engaged audience - providing you get the pitch right.

This includes tone of story, knowing your audiences, offering a spokesperson and talking points, but most importantly tailoring angles to the various regions.

Internationally, radio media relations works very differently to that in the UK - every country has a specific approach as the radio landscapes vary enormously.

If you would like to get in touch regarding national and international radio outreach, please contact Mark Jones on +44 7967 353 727.