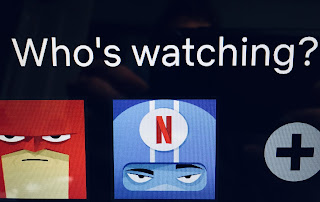 Now Netflix is starting to get all chatty about viewing figures following the success of recent shows like Bird Box, You and Sex Education (surely the holiday season has helped?), this insightful article from CNET helps us understand those massive numbers and whether or not traditional media companies need to get worried.

Bodyguard, a BBC-World Productions series that has already aired in the UK and won a best actor Golden Globe for drama earlier this month - 23 million member households

Netflix counts a movie view after an account watches 70 percent of the total runtime, so in the case of Bird Box, nearly an hour and a half of viewing.

For TV shows, however, an account needs to watch 70 percent of a single episode, so in the case of an "hour-long" drama stripped of all its commercials, that's only about half an hour of watching.

Analysts estimate that Netflix spent more than $13bn on movies and shows this year.

Netflix said its spending is likely to increase.

Interesting times ahead and we will see in about three months time if subscriber numbers have been hit by the recent price hike in the US and other countries.