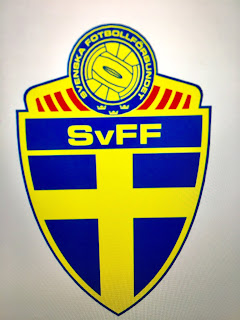 With England's World Cup quarter-final match against Sweden coming up, here's a quick look at the Swedish TV landscape.
(PS: It's coming home)

Two channels dominated Sweden for a long time - the public service Sveriges Televison (SVT) with channels 1 and 2. Now it broadcasts three main channels: SVT1, SVT2 and SVT Barnkanalan (The Children's Channel). The market share for these 3 channels was around 35% in 2016. SVT also broadcasts SVT24 which started in 1999 as a dedicated rolling news and sport channel.

The main commercial channel is TV4 (market share around 20% in 2016), competing mainly with a number of satellite channels including TV3 (owned by direct broadcast satellite and pay-TV operator Viasat), which was founded in 1987 and broadcasts from London, Kanal 5, Sjuan, TV6 and TV8. The latter two are owned by Viasat.

About 80 percent of all Swedes watch television daily. Average viewing time is about 120 minutes per day. In comparison to other European countries, the time spent watching traditional television is low in Sweden - although on Saturday afternoon I expect viewing figures for the England game will be extremely high!

If you would like to know more about tailoring your story to the Swedish broadcast media (and other international markets of course!) as well as video content production and distribution, please call Mark Jones on +44 7967 353 727