Mobile data use grew by 77% for the first half of the year and YouTube accounts for 22% of this.

Given this increase in mobile video consumption, there will be an increasing trend for brands to produce video that works well for the smartphone and tablet generation. Numbers are hard to predict due to the hype generated by the iPad but iSuppli estimate 240 million tablets sold in 2015 compared to 67 million this year.

All this implies creation of exciting, highly searchable, short, creative content that used in conjunction with other video communications can help a brand reach the right people.

Video isn't the fastest growing activity in mobile, however. Voice-over-IP, led by Skype, grew 101% in the first half and Twitter and Facebook use grew by 297% and 166%, respectively. VOIP only takes 4% of mobile bandwidth, according to the report.

They prefer following celebs, bands, music, etc rather than 'connecting' with brands and being 'informed'.

This is indeed food for thought given the ubiquitous brand campaigns to push their Facebook Fan page and the current obsession of increasing the number of 'Likes'.

All is not lost, however, as the report says teenagers do respond to brands on FB when offered discounts and access to products in advance...

Finally on Twitter, we can now search for video on a separate Twitter site (search.twitter.com) which will be a useful additional monitoring tool when integrating social media to broadcast PR campaigns.

I also found a good explanation of the difference between a PC/laptop and a tablet this week.

A PC/laptop helps you to create content (documents, videos, emails, etc) while a tablet is for consuming content (surfing, streaming, etc). Quite simple and actually, in our household at least, very apt.
Email Post 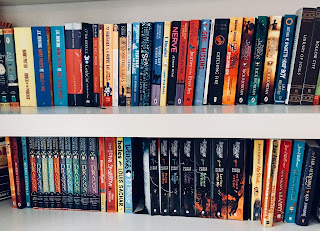